Your cart is currently empty.

DaFiN is the most powerful and comfortable fin in the water today. DaFiN was developed in Hawaii by Andy Cochran, an Aussie who was one of Oz's early surfing pioneers. Cochran worked closely with two of Hawaii's most famous watermen, Mark Cunningham and Brian Keaulana, on the design of DaFiN. DaFiN delivers top performance for lifeguards and bodysurfers. It is the most popular fin with watermen around the world. DaFiN was recently featured prominently in the critically acclaimed bodysurfing film 'Come Hell or High Water'. Da Fin? is the only swim fin endorsed by the United States Lifesaving Association, the premier professional association of beach lifeguards and open water rescuers in the United States.

On Domestic US Orders Over $75. Click For More Details

You have up to 30 days from the shipment date to return merchandise. Click For More Details

Thank you for submitting a review!

Your input is very much appreciated. Share it with your friends so they can enjoy it too!

Awesome thank you so much 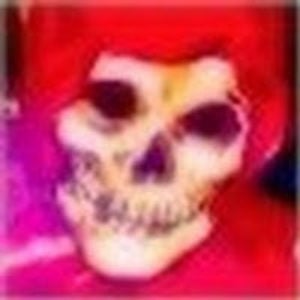 The short: Best fin Ive ever used. Similar to my churchills. Dafin has much better initial and sustained acceleration .This fin is super soft and comfy in the foot area but fairly stiff overall when it comes to the whole fin especially when kicking hard.

Had a great experience with the entire order. And the fins work great!

These are superior fins in fit and strength. If you don’t need the angled shape which might make a difference in ease if you drop knee on your bodyboard, then just get these for the extra $. Jack’s service always great and prompt!!

Back to Swim Fins

"Everything you want from a business Shipping was fast and maintained the integrity of my purchase. Item was in excellent shape and delivered as advertised. Communication & followup is the best I have experienced with any business. Jack’s will be the first place I look when I buy my next board & accessories. Keep up the good work."

"My boys 17 and 14 love Jack’s Surfboards clothing! I recently was not able to find a size online and called customer service and they were able to find it for me at another store and shipped it to me! AMAZING!!!! Thank you!"

"First off, the service from Jack's is superb and personalized, not once did I feel worried about my order as they kept me up to date through ridiculous yet amazing texts. The swim trunks are great, comfy, not too crazy or asking the world to look at me, but comfy and fit nicely per my stature and waist size. I would recommend Jack's Surfboards any day."

"I bought two different sizes online and shipped them to the local store. The received them early and called me right away. I went in tried on both sizes and easily returned the extra."